A consortium of energy and technology companies, research partners and a municipality are building a revolutionizing charging concept for electric cars in Sarpsborg, Norway, based on the INVADE model. By the end of 2019, Inspiria Charge Court will be opened.

“This is primarily an exploitation case. It shows that what we have done in the INVADE project is appealing to others beyond the project and that the results can be industrialized,” says professor Bernt Bremdal, Senior Advisor Research & Innovation at Smart Innovation Norway, the company which coordinates the large EU Horizon 2020 project, INVADE.

The solution will be the first of its kind in Europe, and Bremdal is the man who came up with the idea and initiated the project.

“Some commuters need parking with chargers. That can be 11kW or 22kW. Others visit the hotel and get free parking and charging as part of their hotel room. Drivers who pass by in a hurry can stop for 15-30 minutes and use a super charger 150-350 kW.”

At Inspiria Charge Court it will be possible to trade energy and flexibility between electric cars, charge points, between the charge court and the grid.

“Larger EVs (75-100 kW battery) parked for a day and connected to 22kW can support the demand for power at the ultra-fast chargers. Priorities for charging power can be mitigated in a smart way within the parking time specified,” notes Bremdal. 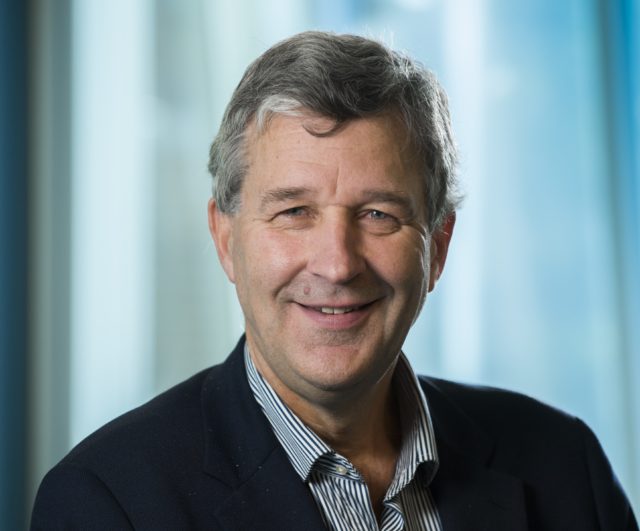 He explains that a PV panel and a stationary battery will be installed primary to manage peak loads beyond what the EVs and charging points can manage between themselves.

Based on INVADE and EMPOWER

As an exploitation case (WP3), the charge court is highly relevant to INVADE, and vice versa. Results from the EU project will be explored at the test site in Sarpsborg.

“Everything is connected to INVADE.  We apply smart charging. It is prepared for V2G. We use open system. Prediction and optimization. The same communication. In addition, we augment this with market concepts developed in EMPOWER,” comments Bremdal.

He is pleased to see that non-project partners have spotted business and societal opportunities and are willing to invest hard cash in the new charge court. Østfold Energi, Fortum Charge & Drive, Schneider Electric and Sarpsborg Municipality are all active partners in the charge court project.

“This is an acid test for the INVADE project. It means that we are fulfilling our promise to the European Commission and that we are building the kind of impact that we projected up front,” emphasizes Bremdal.

A total of 40 charging points will be established, which makes Inspiria Charge Court the largest charging site in the county of Østfold. The charge court is set to be finished by the end of 2019.