Onoph Caron, managing director of ElaadNL: “To gain experience for the future, it is very important to do pilot projects now so that we know in time what works and what doesn’t. That is why for this test we ran a simulation in which the 700 public charging stations (with a total of more than 1,000 charging points) of EVnetNL were located in two neighborhoods; one in the city of Ede (Doesburgerbuurt) and one in the city of Arnhem (Schuytgraaf-Noord). We used this to analyse a scenario in which there is near to a 100 percent EV use in the future. 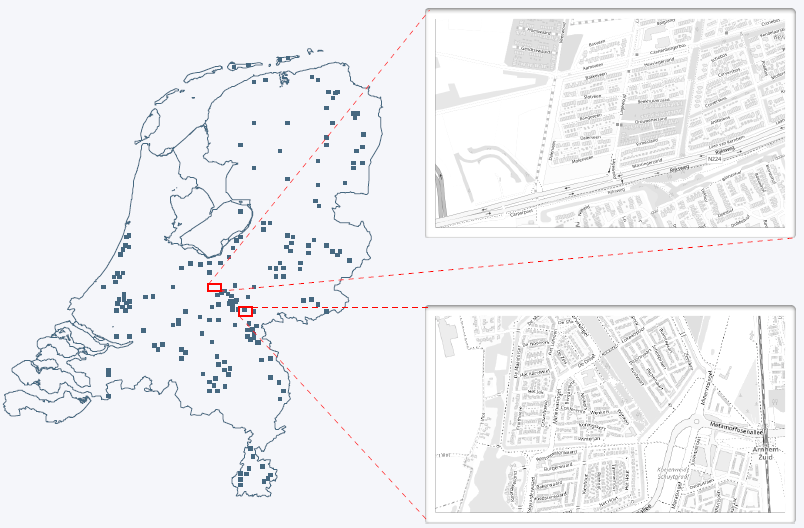 Figure 2. Comparison between sessions where adjustments were made and where this was not necessary. More adjustments are made in the evenings, but that the connection time is also very long during that period. A longer connection time means there is more time available for adjustments in the charging profile, without any inconvenience for the driver.

In the INVADE pilot, control via algorithms was done in such a way that users hardly noticed it. For public charging stations it is already customary that when two cars want to charge at the same time on one charging station, the charging speed of both cars is lowered. The same range has been used within the INVADE project. With these minimal adjustments to the charging capacity, we were able to demonstrate that the Smart Charging algorithms specially developed for this project by ElaadNL, work. 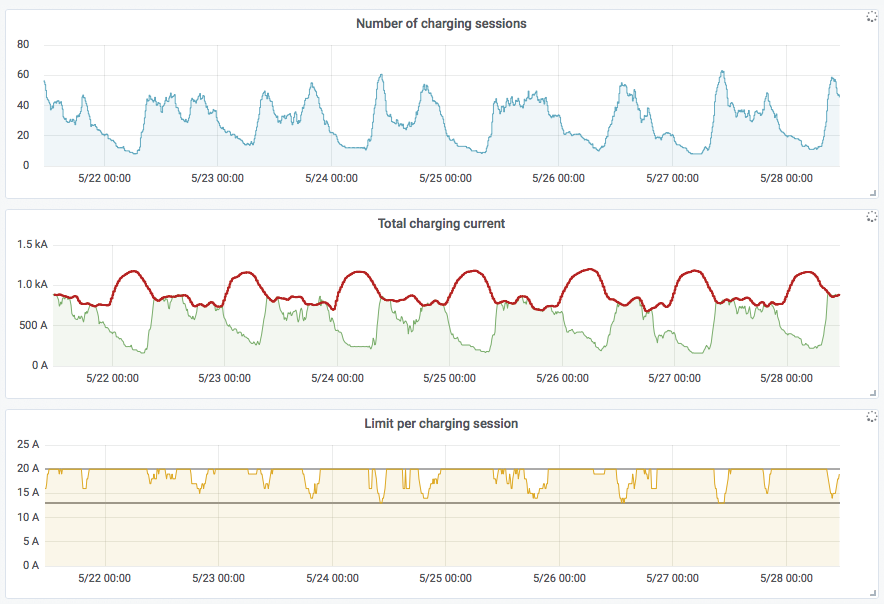 Figure 3. The effect of the Smart Charging algorithm on the charging sessions. When the requested load capacity threatened to go over the available capacity (red line in the middle figure), the Ampèrage of all running sessions was adjusted downwards (bottom figure).

A number of interesting conclusions can be drawn from the project:

Interventions were more often required in the winter. This is because then there is more power demand, for example from heat pumps but also for the electric cars themselves. As a result, you will reach the maximum load of the local power grid and the transformer faster and you will need to adjust the charging. Moreover, in the winter months, the lower limit of 13 Amps used during the experiment was not sufficient to remain below the maximum (virtual) network load. Seasonal influences will therefore have to play a role in Smart Charging strategies. 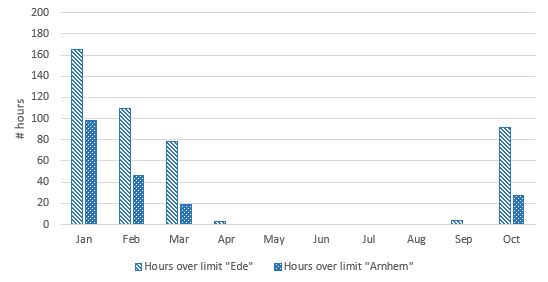 Figure 4. Overview of the number of hours per month where the chosen lower limit of 13A for the charging speed was not low enough to stay within the capacity limits, and the charging sessions therefore fictitiously caused the network to be overloaded. A clear seasonal effect is visible.

Home or office; charging on the power of sun and wind

The Dutch INVADE pilot also included Smart Charging in people’s homes and offices. The company GreenFlux provided the test with 40 households and 8 office locations (with no fewer than 199 semi-public charging points). In the home situation, the cars were charged as much as possible with locally available sustainable energy generated from solar panels, while users had the option of overruling the Smart Charging profile. This was also done at the office locations with wind energy as a steering factor. As a result, experience has been gained regarding the prevention of overloading the power grid. https://www.greenflux.com

At this moment charging electric cars  offers no problems on the power grid in the Netherlands. If the number of cars increases sharply, challenges may appear. Because there is an abundance of capacity on the powergrid outside peak hours, there is no need for concern if we can coordinate and spread the charging of cars by Smart Charging. With smart charging, a car can be plugged in as usual but the time and speed of charging are optimized for the optimal usage of solar and wind energy and on staying within the capacity of the grid.

The ElaadNL knowledge and innovation center researches and tests the possibilities for Smart Charging: reliable, affordable and sustainable charging of electric cars. ElaadNL is an initiative of the joint Dutch grid operators. See: www.elaad.nl

INVADE is a European subsidized project from the Horizon 2020 Research and Innovation program. The abbreviation INVADE is derived from the objective for the integration of electric vehicles and bateries in the distribution network for accessing distributed and centralized energy storage.

The INVADE project started on January 1, 2017 and runs until the end of 2019. In the project, 12 partners work together at 5 test locations (the Netherlands, Norway, Germany, Spain and Bulgaria). Extensive information about the INVADE project can be found at: https://h2020invade.eu/

For a short film about the Dutch part of the INVADE project, see the video below:

@CIT_UPC : RT @CIT_UPC: This is INVADE Project, finalist at #enerTICAwards: Integrated electric vehicles and batteries to empower distributed and cent… ( - 3 years ago)

It is possible to control the speed of charging electric cars on a large scale with algorithms. This can be concluded from the results of a Smart Charging test on 700 public charging stations as part of the Horizon 2020 INVADE project. (3 years ago)

@INVADEH2020 : It is possible to control the speed of charging electric cars on a large scale with algorithms. This can be conclud… https://t.co/uZfecsyaOR ( - 3 years ago)

During the European Utility Week in Paris in November 2019, the INVADE project presented itself in a unique way in the EU Projects Zone. Using videos and an informative quiz, the INVADE stand was always busy. (3 years ago)

The Horizon 2020 INVADE project is coming to an end this year. Last week, a conference and a workshop were organized on behalf of the project and parallel to event Smart City Expo World Congress in Barcelona. (3 years ago)

@INVADEH2020 : The Horizon 2020 INVADE project is coming to an end this year. Last week, a conference and a workshop were organize… https://t.co/zjAjEXjolW ( - 3 years ago)

@rgallartf : RT @rgallartf: The catalonian pilot did share its results during the visit of the Technical Advisory group in its Granollers headquarter de… ( - 3 years ago)