The Horizon 2020 INVADE project is coming to an end this year. Last week, a conference and a workshop were organized on behalf of the project and parallel to event Smart City Expo World Congress in Barcelona.

“The conference showcased achievements of the project from the perspective of society, technology, business models and regulations. Results from using an AI based flexibility management system at five pilot sites across Europe were shown to a broader audience, explains Sanket Puranik, senior researcher at Smart Innovation Norway.

The INVADE pilots were focused on using flexibility from different storage technologies (stationary and mobile EV batteries) and at different levels (distributed and centralized).

Following the conference, a workshop was held with key external stakeholders who represented experts from the energy domain in Europe.

“The workshop focused on platform-based business models and how it can disrupt the traditional energy sector. Participants were challenged to think outside the traditional approach of considering energy just as kW or kWh,” says Puranik.

New business cases, both from within and outside the energy sector, were discussed and learnings from the INVADE project were shared with participants. 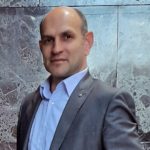 “INVADE has shown that various flexibility sources can be managed in an intelligent way to support the grid and increase renewable energy absorption. We would like to see such solutions in Romania as well,” comments one of the participants, Ciprian Tudor Comsulea. He is owner of Loisir Consulting and President of CREESC (The Centre for Resources in Energy Efficiency and Climate Change in Romania).

“A suitable project would be a major urban development, a new 250-hectare neighborhood from scratch adjacent to the city of Cluj-Napoca, where the INVADE solution would fit very well. While developing new buildings, neighborhoods or cities, a solution like INVADE should be considered from the design phase itself,” he continues.

Another participant who found the conference and workshop rewarding, was David Talbot, European Research Coordinator at Transport for London.

“To electrify the transport sector in a sustainable as well as an economical way, solutions like INVADE are necessary. In a city like London, if the transport sector is to be completely electrified, we must be innovative. Otherwise, a traditional approach would be very expensive,” says Talbot. He adds:

“The INVADE platform demonstrates that storage and EVs can be smartly managed to reduce impact on the grid. Of course, there are still other challenges, like social behavior and lack of regulations, but projects like INVADE are important to influence regulators and end users.”