Successful IOTA testing in the Netherlands:
Charge your car and pay securely without a credit card 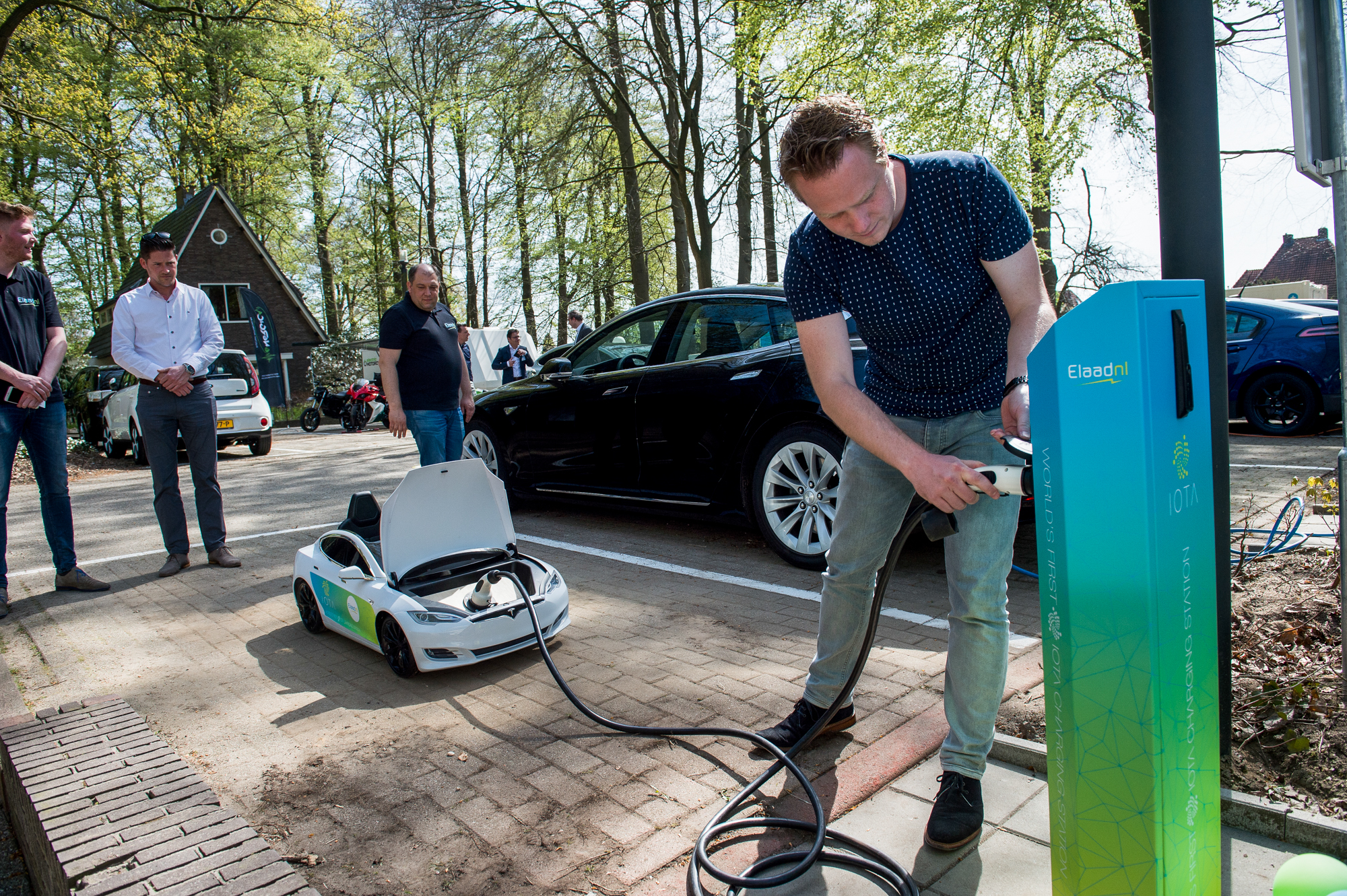 In April, ElaadNL released the first charging station in the world where charging and paying can be done with IOTA. After almost five months, several tests have been done – and the results are uplifting.

The new ElaadNL test site was officially opened on April 18th by State Secretary for Infrastructure and Water Management, Stientje van Veldhoven. It contains all types of charging stations that are used in the public area in the Netherlands. This includes a fast charger, a charging island, a battery, two charging lanterns and the IOTA charger.

The IOTA charge station is a proof of concept, with the purpose of showing the concept in mind: The IOTA Tangle is an innovative type of Distributed Ledger Technology (DLT) specifically designed for the Internet of Things (IoT) environment. It is an open-source protocol facilitating novel Machine-to-Machine (M2M) interactions, including secure data transfer, fee-less real-time micropayments.

“No back office and no communication protocol are required to operate the charging station; the transactions are exchanged directly without the use of a charge card or subscription,” explains Harm van den Brink, IT Architect Smart Grids & Distributed Ledger Technology expert at ElaadNL.

The IOTA charging station operates autonomously and takes care of communication and payment with the end user. The meter values are stored every 15 minutes in the Tangle, which ensures reliable and irrefutable administration.

“The charge station has been tested multiple times with the special hardware (mini-Tesla) we built. We are currently busy implementing a QR-code display, so everybody can directly pay and charge,” says van den Brink.

So far, it is not yet possible for regular cars to use the technology, since it requires specific hardware to work.

“We are very pleased to see that this can work, even in a real machine-to-machine way. However, the software/hardware is still very experimental, and thus not ready for upscaling – in my opinion,” he adds.

After nearly five months of testing, the next goal is to integrate the charger into a smart network that uses IOTA for distribution of information, such as information about the capacity load of a transformer. Additionally, devices can also send their energy usage to the Tangle.

“The transformer can ask connected devices to do smart charging, and if they listen to that they will get incentivized directly by sending them IOTA tokens. This will also be a proof of concept, and we expect results by the end of this year,” reveals van den Brink.

@CIT_UPC : RT @CIT_UPC: This is INVADE Project, finalist at #enerTICAwards: Integrated electric vehicles and batteries to empower distributed and cent… ( - 2 years ago)

It is possible to control the speed of charging electric cars on a large scale with algorithms. This can be concluded from the results of a Smart Charging test on 700 public charging stations as part of the Horizon 2020 INVADE project. (2 years ago)

@INVADEH2020 : It is possible to control the speed of charging electric cars on a large scale with algorithms. This can be conclud… https://t.co/uZfecsyaOR ( - 2 years ago)

During the European Utility Week in Paris in November 2019, the INVADE project presented itself in a unique way in the EU Projects Zone. Using videos and an informative quiz, the INVADE stand was always busy. (2 years ago)

The Horizon 2020 INVADE project is coming to an end this year. Last week, a conference and a workshop were organized on behalf of the project and parallel to event Smart City Expo World Congress in Barcelona. (2 years ago)

@INVADEH2020 : The Horizon 2020 INVADE project is coming to an end this year. Last week, a conference and a workshop were organize… https://t.co/zjAjEXjolW ( - 2 years ago)

@rgallartf : RT @rgallartf: The catalonian pilot did share its results during the visit of the Technical Advisory group in its Granollers headquarter de… ( - 2 years ago)