Last week, the new test site of ElaadNL was opened in Arnhem, where all different types of charging stations that are used in the Netherlands are available for tests with electric cars. 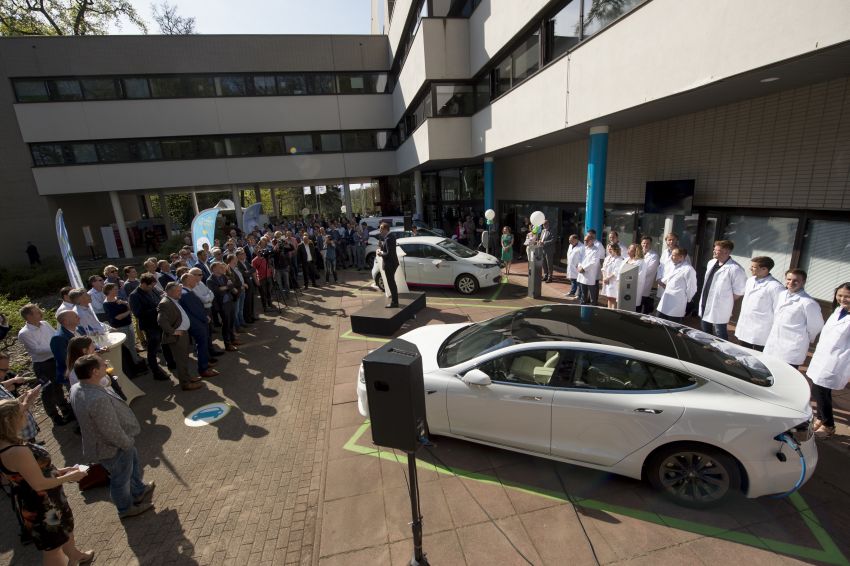 There was a huge crowd present at the official opening of the ElaadNL Test Lab.

The effects of charging new types of cars on the electricity grid can be tested. Tests with Smart Charging are also possible. This means cars are instructed to charge faster or slower based on the availability of (sustainable) electricity on the grid. These tests are essential as the number of electric cars (EVs) is growing. All are plugged into the existing network to charge.

The new test site is located in the business park Arnhems Buiten (former KEMA site), and was officially opened by State Secretary for Infrastructure and Water Management, Stientje van Veldhoven, on April 18th. It contains all types of charging stations that are used in the public area in the Netherlands. This includes a fast charger, a charging island, a battery and two charging lanterns. Moreover, the site is equipped with meters so that unique tests and research can be carried out.

For example, a new model of electric car can be tested on the interaction with all charging stations throughout the Netherlands before it enters our roads in large numbers.

Grid operators can test what a car (actually a battery on wheels) does with the quality of the current. In addition, tests are being done with Smart Charging; instructing the car to charge faster or slower at certain times. For example, when extra power from the sun or wind is available or in case of an overload of the local electricity grid can occur. This way, extra CO2 can be saved. 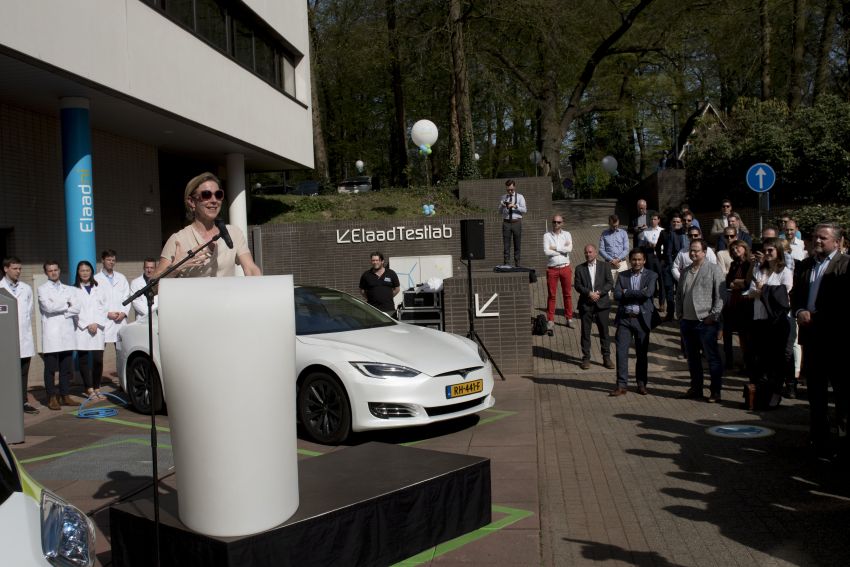 “Asset for the Netherlands”

“Charging your electric vehicle should be as easy as charging your phone. This testing facility is therefore a great asset for the Netherlands. Here, we can experiment and see what works, how we can charge and find ways to make electric driving as easy as possible. That knowledge is essential for making transportation cleaner, fighting climate change and fulfil the Paris agreements. Let’s reduce our carbon emissions by the megatons,” said Secretary of State, Van Veldhoven, at the opening of the test lab.

“For electric cars, it’s not just a matter of how well they drive, it’s just as important how well they charge. These are big electrical machines that can demand a lot of our electricity grid and our charging infrastructure. Together with our partners, we can now test and measure the way we charge vehicles with all charging stations available in the Netherlands. For the future of electric driving in the Netherlands, important things are going to happen here on this test site,” commented Onoph Caron, managing director of ElaadNL.

The ElaadNL test site is made possible by the INVADE project, that is part of the Horizon 2020 research and innovation program of the EU, grant agreement No 731148. 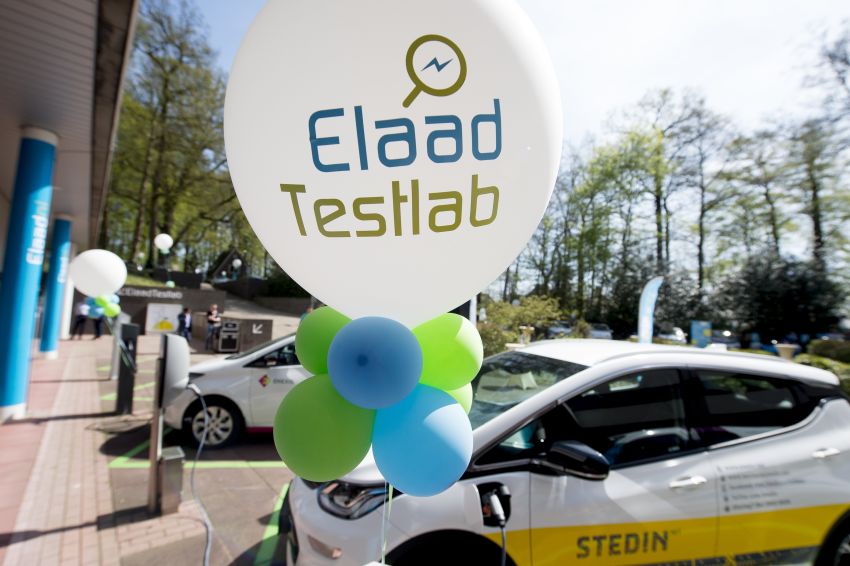 The opening marked an important day for ElaadNL.

About the Elaad Test Lab

The laboratory is unique with a test site for research on and testing of Smart Charging, Power Quality and Interoperability. It includes, among other things, the various types of charging stations in the public space in the Netherlands, a fast charger, two charging lanterns, a battery (138 kWh), a charging island, solar panels and urban windmills that can all be centrally controlled via a computer system. They form a completely smart energy system.

The Test Lab is equipped so that unique tests and in-depth investigations can be carried out. In this way, the charging behaviour of cars can be analysed in detail and things such as switch-on peaks, inefficient energy consumption and high frequency disturbances on the current and voltage can be measured. The tests mainly take place on three themes: 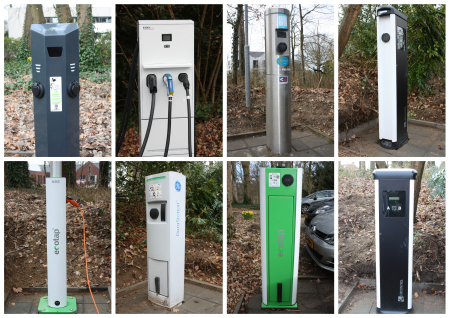