Blockchain and its application in the energy sector

Blockchain is one of the world’s leading software platforms for digital assets, and the new technology can be used to build a radically better financial system.

Blockchain technology has become known to more and more people in all corners of the world over the past few years. But, what is it exactly?

A blockchain is defined as a digitized, decentralized, public ledger of all cryptocurrency transactions. This new technology is a perfect example of the ongoing digitalization wave and represents endless possibilities, pros and cons included:

“Blockchain is decentralized and highly transparent, because anyone with access to a blockchain can view the entire chain. That also means that security is good, it relies on cryptographic algorithms that make it very difficult to malicious changes in the ledger,” explains Terese Troy Prebensen, CEO of Fredrikstad Energi Marked. 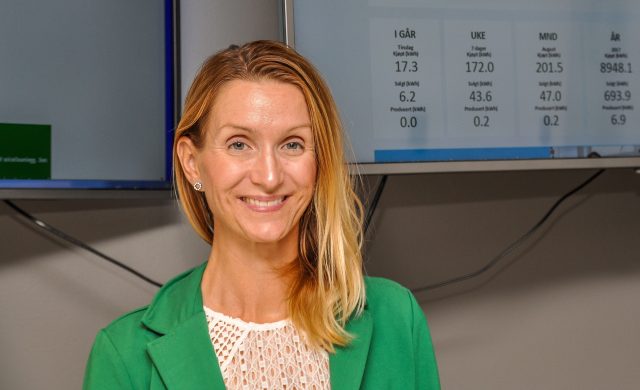 The cons of blockchain, on the other hand, are related to energy consumption, lack of regulation and exchange fees.

Today, blockchain technology does not yet play a significant role in the energy sector.

«With a blockchain, many people can write entries into a record of information, and a community of users can control how the record of information is amended and updated. That means it’s possible to do transactions of energy from consumer to consumer, but the regulation of energy transmission with grid hire does not benefit from this today,” notes Troy Prebensen.

However, she is convinced blockchain technology will radically benefit the energy sector in the near future.

“With smart neighborhoods, blockchain can get a unique settlement solution in areas where energy can be produced and traded locally. This requires changes to the grid regulations, or new forms of contracts between areas / neighborhoods and the grid company,” the CEO emphasizes.